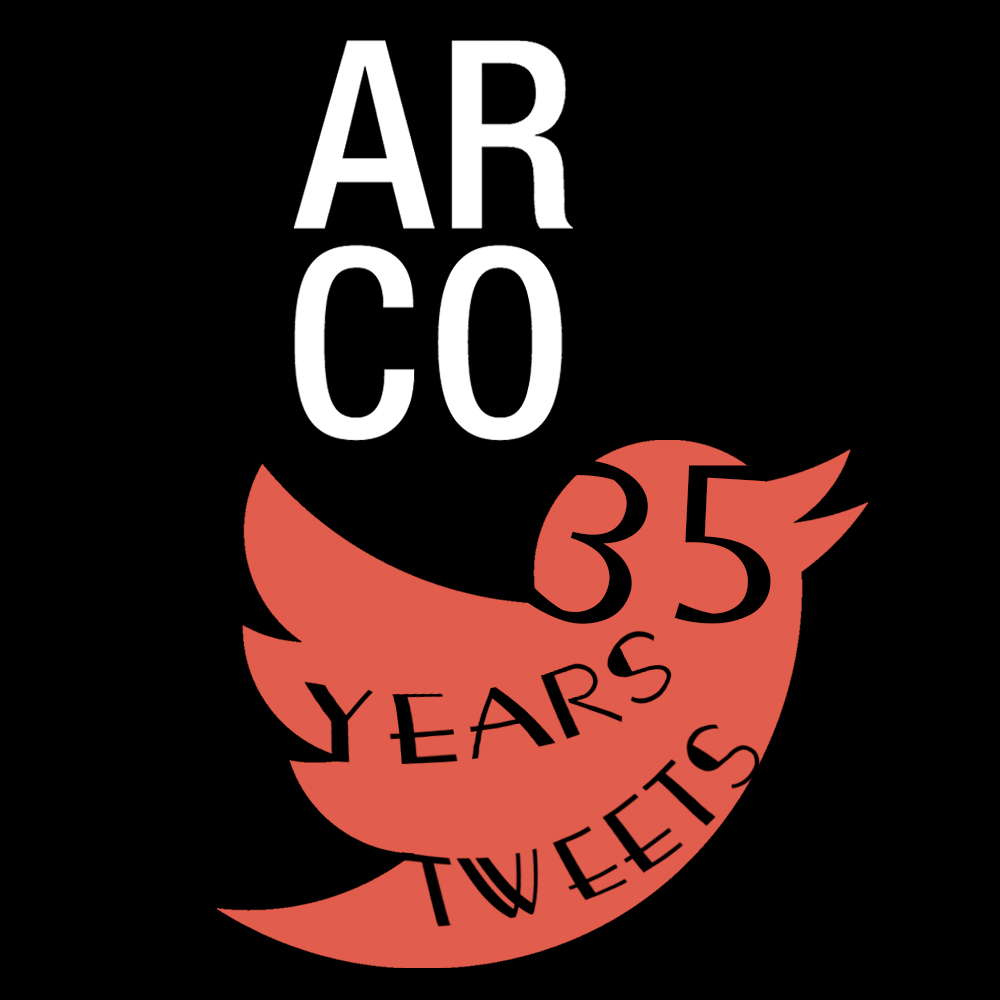 The 35-year history of ARCO summarized in 35 tweets. All the paragraphs have less than 140 characters. Take a glance at the curiosities of one of the most important contemporary art fairs of the current scene. Happy 35th Anniversary!

1 ARCO is the International Contemporary Art Fair which takes place in Madrid. Commercially, it is also known as ARCOMadrid

4 The fair has a large repertoire of works that span the field of painting, sculpture, photography and other artistic creations

5 In its stands there are heterogeneous artistic offerings: historical vanguards, modern art, contemporary art and the very latest emerging art

6 The idea of ARCO is original of Juana de Aizpuru, who led the first edition of the fair in 1892 and chaired until 1986

7 Juana Aizpuru Gallery opened its doors for the very first time in Seville in 1970. The Andalusian space remained open until 2004

8 At the same time in 1983, Juana decides to open a gallery in Madrid. The local is since the beginning in the 44th Barquillo Street

10 Carlos Urroz (Madrid, 1966), studied law and is highly appreciated in the international gallery sector as an independent cultural manager

11 The first edition of ARCO was held on February 10th, 1982 in the Exhibition Hall of Paseo de la Castellana in Madrid

12 And participated a selection of 90 galleries: 62 Spanish and 28 foreign. In total, the works of 364 artists were exhibited

14 In the 1985 edition, ARCO promotes photography as a vehicle of cultural diffusion way by the exhibition of a large sample

16 1988 was the first year that the number of international stands lead the national galleries: 87 foreign from a total of 166


18 In 1998, galleries protested during the exhibition to demand the government more fiscal support. They managed to reduce VAT from 16% to 7%

19 Currently, a VAT of 10% is applied to artist’s sales, but if the artwork is owned by the galleries a 21 % VAT is applied

21 In the last edition , ARCOmadrid 2015 recorded an attendance of over 27,280 collectors and professionals from around the world

22 According to the organization, the number of visitors in 2015 exceeded 100,000, one of the best editions in recent years

23 ARCO has encouraged collecting in Spain, both private and institutional. It is also organized an Online Course of Collecting

24 Last year, the selection of a hosted buyer programme attracted more than 300 attendees as well as major museum directors

25 The participating galleries have as minimum requirements the following ones: 2 years of continuous opening and 4 annual exhibitions open to the public

26 The evaluation of the galleries is based on a total of 100 points. The programme and the presence of artists in institutions can get a total of 50 points

27 The fair has always focused its attention on the curatorial research. Throughout its 35 years more than 160 commissioners have worked

31 Joël Andrianomearisoa becomes the first foreigner to receive this award 15,000 euros worth for the production of his work

32 His work will be exhibited in the project of IzaskunChinchilla, winner of the IV Competition for the design Vip2016 Room

33 The overall design of the fair, scheduled from February 24th to 28th 2016, returns to be made by Andrés Jaque Architects

34 This year is ARCOLisboa inauguration!!! Open to the public from May 26th to 29th. It takes place in Belém

35 It will attend a total of 40 international galleries selected by the Organizing Committee members, among which is Juana de Aizpuru